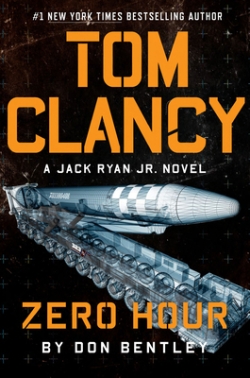 Jack Ryan, Jr. is the one man who can prevent a second Korean War in the latest thrilling entry in the #1 New York Times bestselling series.

When the leader of North Korea is catastrophically injured, his incapacitation inadvertently triggers a “dead-man’s switch,” activating an army of sleeper agents in South Korea and precipitating a struggle for succession.

Jack Ryan, Jr. is in Seoul to interview a potential addition to the Campus.  But his benign trip takes a deadly turn when a wave of violence perpetrated by North Korean operatives grips South Korea’s capital.  A mysterious voice from North Korea offers Jack a way to stop the peninsula’s rush to war, but her price may be more than he can afford to pay.