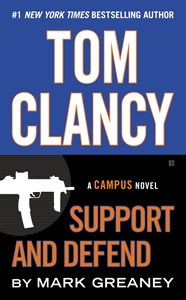 A Campus Novel
By Mark Greaney
Published by Putnam
Buy from:

One of Tom Clancy's most storied characters, Dominic Caruso, is the only one who can stop America's secrets from falling into enemy hands in this blockbuster new novel written by Clancy's longtime coauthor.

Over the course of three decades, Tom Clancy created a world alive with prescient action and remarkable individuals. In Tom Clancy Support and Defend, Dominic Caruso is presented with the deadliest challenge of his career.

Dominic Caruso. Nephew of President Jack Ryan. FBI agent and operator for The Campus, a top secret intelligence agency that works off the books for the U.S. government. Already scarred by the death of his brother, Caruso is devastated when he can't save a friend and his family from a terrorist attack.

Ethan Ross was a mid-level staffer for the National Security Council. Now he's a wanted fugitive on the run with a microdrive that contains enough information to wreck American intelligence efforts around the world. The CIA is desperate to get the drive back, but so are the Russians and various terrorist groups all of whom are closer to catching the fugitive. Only Caruso stands in their way, but can he succeed without the aid of his Campus colleagues? 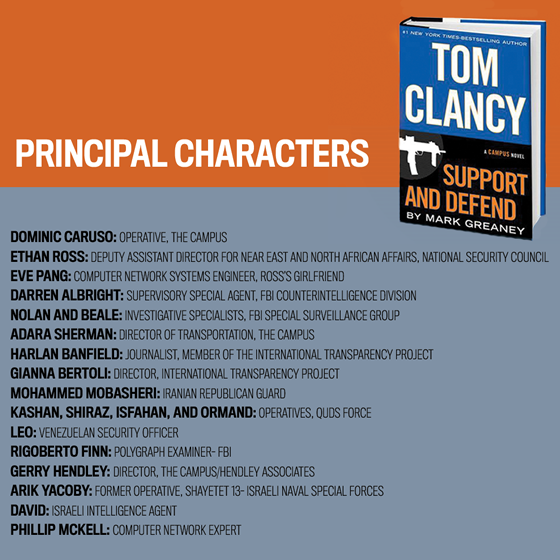