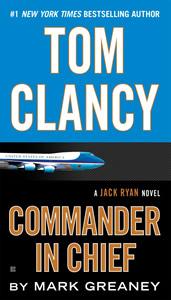 A Jack Ryan Novel
By Mark Greaney
Published by Putnam
Buy from:

Abandoned by other international leaders, Jack Ryan alone counters the threat posed by Russian president Valeri Volodin. This isn't the first time that the dictator has threatened world peace, but this time he's playing a very nuanced game moving chess pieces around the board while isolating Ryan from the rest of the international community.

Fortunately, Jack Ryan, Jr. and the rest of his Campus team find themselves in the middle of action with a vital clue to the Russian's intentions.