The Teeth Of The Tiger 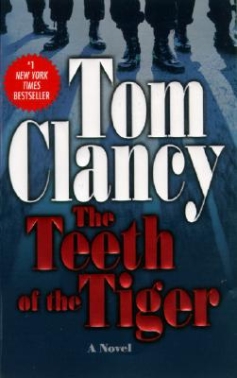 A man named Mohammed sits in a café in Vienna, about to propose a deal to a Colombian. Mohammed has a strong network of agents and sympathizers throughout Europe and the Middle East, and the Colombian has an equally strong drug network throughout America.  What if they were to form an alliance, to combine all their assets and connections?  The potential for profits would be enormous -- and the potential for destruction unimaginable.

In the Brave New World of terrorism, where anybody with a spare AK-47, a knowledge of kitchen chemistry, or simply the will to die can become a player, the old rules no longer apply.  No matter what new governmental organizations come into being, the only ones that could be truly effective are those that are quick and agile, free of oversight and restrictions. . . and outside the system.

Way outside the system.

In a nondescript office building in suburban Maryland, a firm named Hendley Associates does a profitable business in stocks, bonds, and international currencies, but its real mission is quite different: to identify and locate terrorist threats, and then deal with them, in whatever manner necessary.  Set up with the knowledge of President John Patrick Ryan, "The Campus" is always on the lookout for promising new talent, its recruiters scattered throughout the armed forces and government agencies -- and there men are about to cross its radar.

The first of them is Dominic Caruso, a rookie FBI agent, barely a year out of Quantico, whose decisive actions resolve a particularly brutal kidnap/murder case.  The second is Caruso's brother, Brian, a Marine captain just back from his first combat action, in Afghanistan, and already a man to watch.  And the third is their cousin. . . a young man named Jack Ryan, Jr.

Jack has grown up around intrigue.  As his father rose through the ranks of the CIA and then to the White House, Jack received a life course in the world and the way it works, from agents, statesmen, analysts, Secret Servicemen, and black-ops specialists such as John Clark and Ding Chavez.  He wants to put it all to work now -- but when he knocks on the front door of "The Campus," he finds that nothing has prepared him for what he is about to encounter.  For it is indeed a different world out there, and in here. . . and it is about to become a lot more dangerous.

Over the course of twelve novels, Tom Clancy's "genius for big, compelling plots" and "natural narrative gift" (The New York Times Magazine) have established him as one of the preeminent storytellers of our time.  His new book, however, is perhaps the most remarkable of all, and the most timely.  Filled with the exceptional realism and cutting-edge authenticity that are his hallmarks, this is Clancy at his best -- and there is none better.