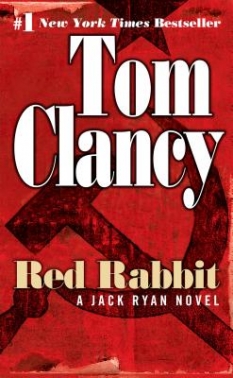 In the early 1980s, long before he was President or head of the CIA, before he fought terrorist attacks on the Super Bowl or the White House, even before a submarine named Red October made its perilous way across the Atlantic, Jack Ryan was a historian, teacher, and recent ex-Marine temporarily living in England while researching a book.  A series of deadly encounters with an IRA splinter group had brought him to the attention of the CIA's deputy director, Vice Admiral James Greer -- as well as his counterpart in the British SIS, Sir Basil Charleston -- and when Greer asked Jack if he wanted to come aboard as a freelance analyst, he was quick to accept.  The opportunity was irresistible, and he was sure he could fit it in with the rest of his work.

And then Jack forgot all about the rest of his work, because on his very first day, and extraordinary document crossed his desk.

The new Pope, John Paul II, had just delivered a private ultimatum to Warsaw: If the government persisted in its repression, he would feel compelled to resign the papacy and return to Poland.

Damn, thought Jack.  That was going to have consequences.

And in Moscow, another man was contemplating those very same consequences.  Yuriy Andropov, the chairman of the KGB, did not like what he read, did not like what it meant for him or for his nation.  All it took was one man to cause everything he had worked for to crumble. . .

And all it took was one man to stop him.  The Pope was very powerful -- but he was also mortal, wasn't he?

And so it begins, and almost unthinkable plot that quickly becomes much more -- a plan to bring down not just leaders, but nations.  In the weeks to come, Ryan will find himself in the middle of a chain reaction he could not have imagined, a high-stakes game meant to shake the world. . . and in which a novice CIA analyst just might be out of his depth.

"Clancy creates not only compelling characters, but frighteningly topical situations and heart-stopping action," wrote The Washington Post about The Bear and the Dragon.  "Among the handful of superstars, Clancy still reigns, and he is not likely to be dethroned anytime soon."  All of that was never truer than for the remarkable pages of his breathtaking new novel.  This is Clancy at his best -- and there is none better.